bump and run = pick and pass 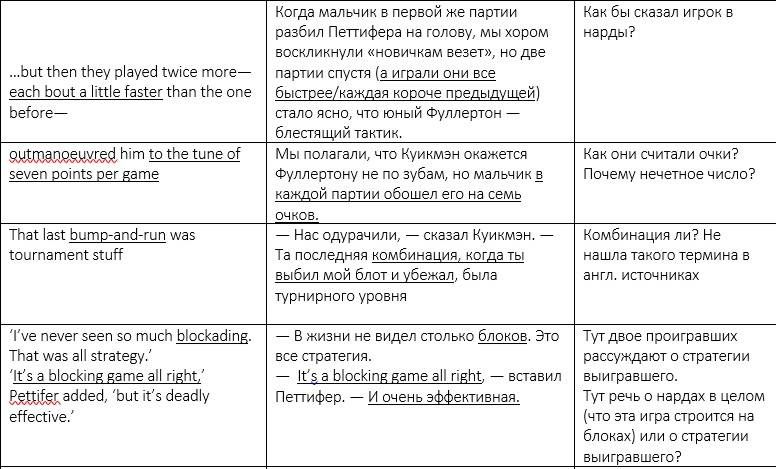 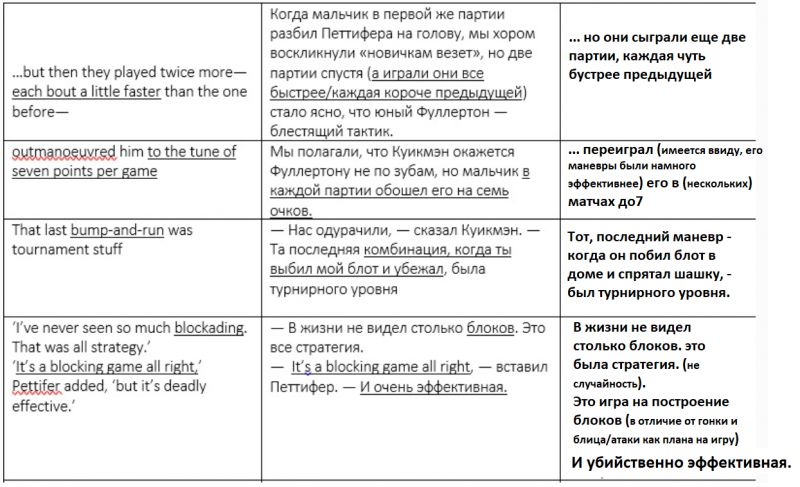 When the boy demolished Pettifer in the first game of backgammon we all cried beginner’s luck, but then they played twice more—each bout a little faster than the one before—and it soon became clear that young Fullerton possessed a startling tactical acuity. He came away with a haul of Pettifer’s belongings: a çay glass, a wind-up turtle made from camphor-wood, and a woven leather belt; and, because I had backed Tif to sweep the best of five, I was forced to surrender my last remaining pack of cinnamon gum. We assumed that Quickman, a shrewder, more experienced and aggressive player, would prove too wily an opponent for the boy, but it did not transpire that way. Fullerton outmanoeuvred him to the tune of seven points per game. In truth, it was barely a contest. By the time the boy was done, he had won a fountain pen, a Roman coin, and a silver lighter that once belonged to Quickman’s father.
‘We’ve been hustled,’ Quickman said, staring at the chequers that were left on the board. ‘That last bump-and-run was tournament stuff. What are you, regional champ? National?’
The boy beamed back at him.
‘I swear, I’ve hardly played before.’
‘You don’t fool me.’
‘I’m just lucky, that’s all. The dice fell kindly.’
‘Rubbish. I’ve never seen so much blockading. That was all strategy.’
‘It’s a blocking game all right,’ Pettifer added, ‘but it’s deadly effective.’
The boy gave nothing away.
‘If you say so.’
‘I’d better sharpen up my end-game before we play again,’ Quickman said.
‘I’m not sure that’ll help you much.’

У меня еще вопрос. В конце вечера мальчик говорит мужчинам, которых обыграл:
‘Thanks for the game,’ he said. ‘I thought I would’ve forgotten all my moves by now.’

‘I’d better sharpen up my end-game before we play again,’ Quickman said.
‘I’m not sure that’ll help you much.’ (отвечает ему мальчик)